Buriram is a province in the lower part of Isan, the North East of Thailand. The mostly rural province with capital Buriram town borders Cambodia. Several sites from the Dvaravati and Khmer era remain of Buriram’s rich history. The area was under control of the Khmer empire for several centuries. The Khmer build roads connecting the various parts of their empire as well as a great number of temples. Buriram’s provincial seal depicts the province’s most important Khmer temple, Phanom Rung. 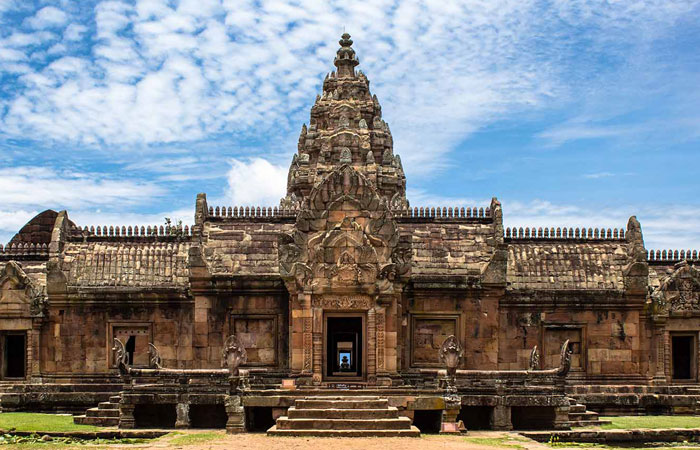 Phanom Rung, one of the largest and most significant of all Khmer temples in Thailand, is located on top of an extinct volcano. The temple was build between the 10th and 13th century on the ancient route from the Khmer capital Angkor Thom to Phimai, the site of another large Khmer temple further West in Nakhon Ratchasima. A 160 meter long processional walkway leads to the impressive central sanctuary. As the main sanctuary was constructed out of pink sandstone, Phanom Rung is also known as “stone castle”. Phanom Rung has been restored by the Thai Fine Arts Department. The monument has been submitted to UNESCO’s tentative list for consideration as a future World Heritage Site. 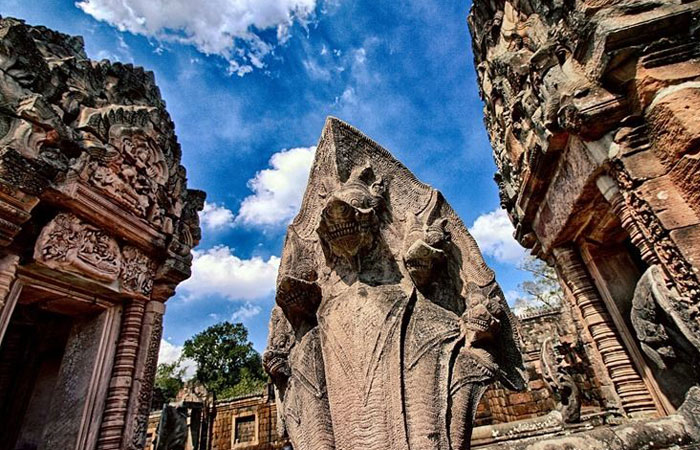