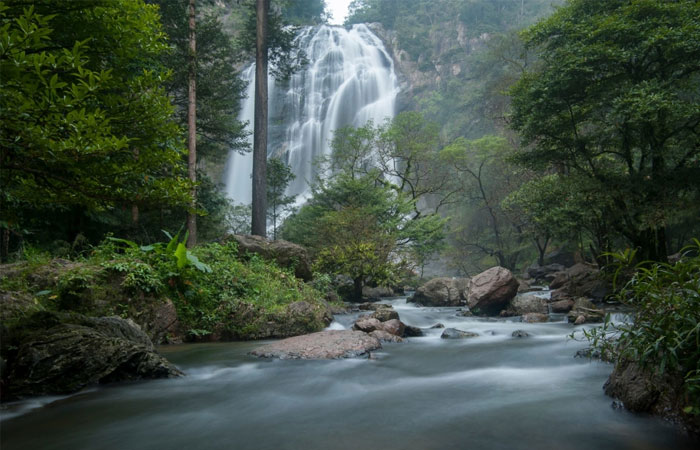 Kamphaeng Phet is a province in Northern Thailand known for its rich history and its valleys and forested mountains with several national parks. Its main attraction is the ruins of ancient Kamphaeng Phet, a town built during the Sukhothai period from the 13th century onwards.

The name of the province translates to “Diamond wall” referring to the walls that were built to protect the city during the Sukhothai era when the city served as a “wang” or garrison city, to protect the capital Sukhothai against invasion.

The provincial seal depicts the city walls and diamonds. The provincial capital is Kamphaeng Phet town, a small town on the Ping river with a very scenic riverfront, several parks and old teak houses on Tesa road just East of the river. Its night market near the river is a good place to sample some regional foods.

To do & see in Kamphaeng Phet

Kamphaeng Phet is a laid back province with many historical and natural attractions.

The provincial capital houses Kamphaeng Phet Historical Park, a large park spread out across several sites on both sides of the Ping river. The park contains the ruins of a great number of ancient temples in various states of preservation. Kamphaeng Phet Historical Park, together with the historical parks of Si Satchanalai and Sukhothai makes up the UNESCO World Heritage Site “Historic town of Sukhothai and associated historic towns”.

Kamphaeng Phet National Museum exhibits items found in Kamphaeng Phet province from several periods including prehistoric finds, Buddha images from various era and items excavated in temples of the Kamphaeng Phet Historical Park. The museum is located next to the central zone of the historical park.

The Wat Khu Yang is a Buddhist temple in the old town. Its main attraction is a Ho Trai or scripture library building that stores ancient Buddhist scripts, the Tripitaka. The wooden 19th century structure is built on poles in the middle of a pond to protect the scripts from rats and insects as termites. The temple is found North of Wichien road, about 500 East of Sirichit Park.

The Wat Sawang Arom is an old temple West of the Ping river. Its viharn enshrines a beautiful, large Chiang Saen style Buddha images in the “Calling the Earth to witness” posture. The 3 meter high image is named Luang Pho Umong. 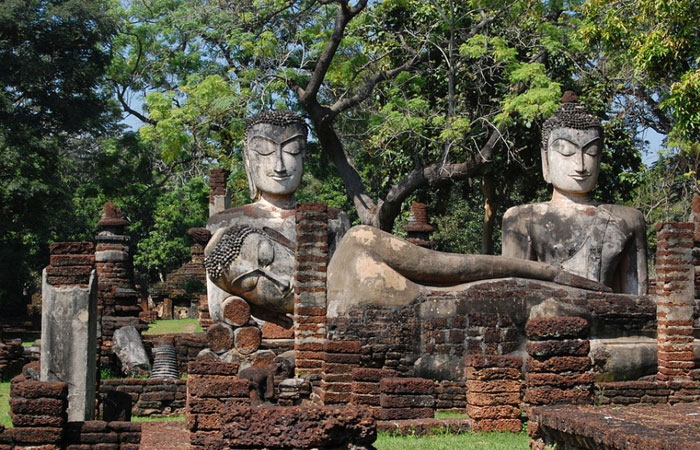