Chilly temperatures throughout the year and unbeatable scenic views have made KhaoKho one of the most famous tourist attractions in Phetchabun province. The KhaoKhomountains comprise a variety of small and large mountains in the Phetchabun range, located in AmphoeKhaoKho. Mountain Serdang trees, or “Ton Kho” in Thai, pepper the mountains, lending the mountains its name. A range of forests can be found here, including deciduous, pine and evergreen forests. The noteworthy Palmae plant, similar to the Asian Palmyra, can sometimes also be spotted here, bearing fruits in bunches like betel nuts.

Within KhaoKho also lies the Haw Memorial, a remembrance statue for the militiamen from the Special Forces, Division 93, who fought in KhaoKho and lost their lives. It is located a little after Km. 23 on Highway 2196. Than Itthi, a weapons museum, is also situated nearby. (After Km. 28 on Highway 2196., turn right onto Highway 2323 and proceed 3 kilometers). The museum displays cannons, military tank remnants and weapons used in the battle on KhaoKho. 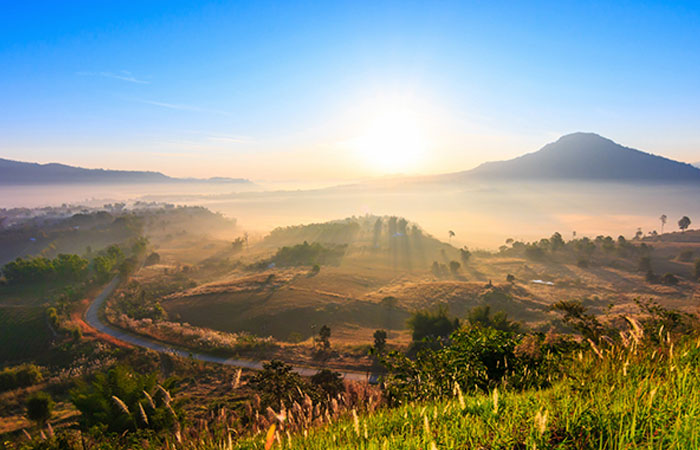 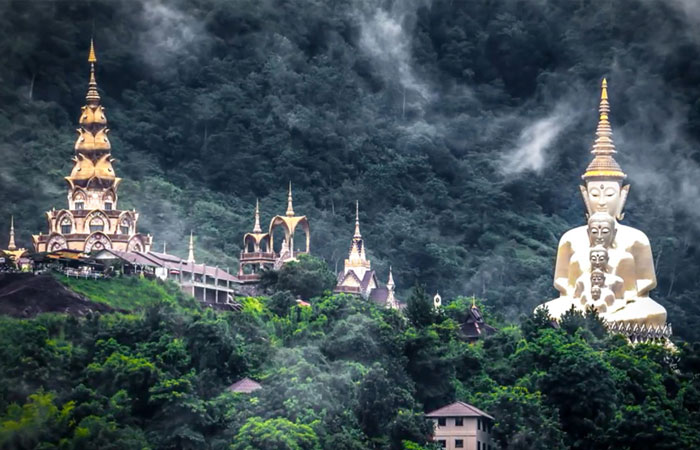