Lampang is known as “mueang rot ma” which means “Horse Carriage City” and is considered by locals as the last paradise in Thailand. The town is connected by rail and a four-lane highway to Bangkok and Chiang Mai, where you’ll find the horse-drawn carriages in regular use as transport. Boasting lumbering elephants, the elegant mansions of former lumber barons and impressive (and in many cases, timber-based) Lanna-era temples, Lampang seems to unite every northern Thai cliché – but in a good way. Despite all this, the city sees relatively few visitors, giving it more of an undiscovered feel than some of the more touristed destinations in the north

The Chaloem Phra Kiat Phrachomklao Rachanusorn temple complex is perched high on top a rocky hill in Lampang’s countryside, nearly 1,000 metres above sea level, offering you a truly unique Buddhist shrine and temple visiting experience. Apart from the temple’s location being the pinnacle of its emerging fame, here you’ll get a spectacular and panoramic view of the Thung Thung valley below. Wat Chaloem Phra Kiat Phrachomklao Rachanusorn has long been a Buddhist pilgrimage site due to a Buddha footprint believed to have been made more than 2000 years ago. The present site was upgraded in 2004 to commemorate the late king Rama IV 200 year anniversary. 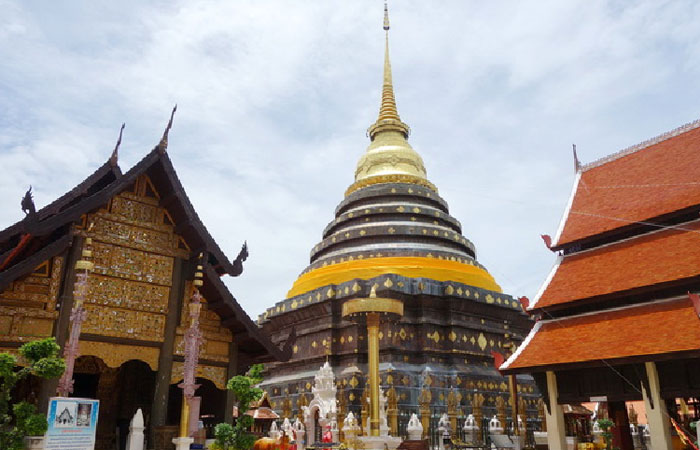 Some 20 kilometers to the southwest of town in Ko Kha district is Wat Phra That Lampang Luang, a paradigm of temple building of Lanna. The temple itself is prominently sited on a hillock surrounded by walls. The entrance arches, called Pratu Khong, is adorned with fine plaster designs. The wall-less main vihan (ordination hall) houses a bronze Buddha statue called the Phra Chao Lan Thong. At the end of vihan (ordination hall) is a place where golden chedi in Lanna architectural style containing a Holy Relic situated. Also in the back of the temple, there is another vihan (ordination hall) with beautiful murals on wooden walls, said to be the oldest in the North. The temple also has a large collection of ancient wooden utensils. 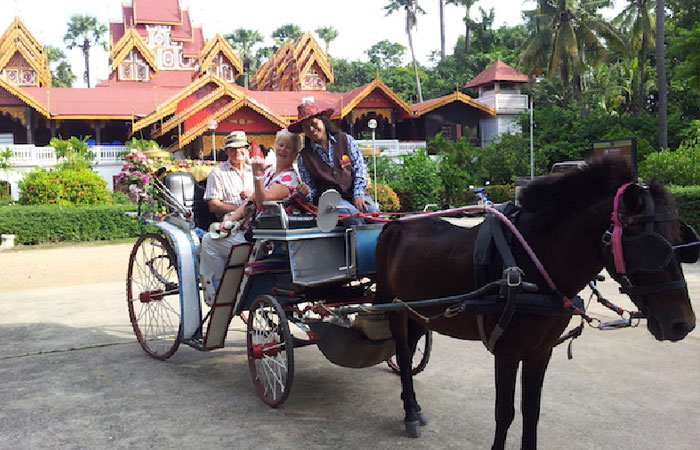 The Lampang small version was developed by Khun Uthankhadee in 1949 A.D. In 1952 A.D., Chow Boonsong Na Lampang officially changed the name of the Rot ma taxi to “horse carriage” to add a trendy and fashionable image to their use. Today there are still 70 horse carriages in daily use in Lampang and only two thirds of the carriages are even ridden by the tourists around the city area.