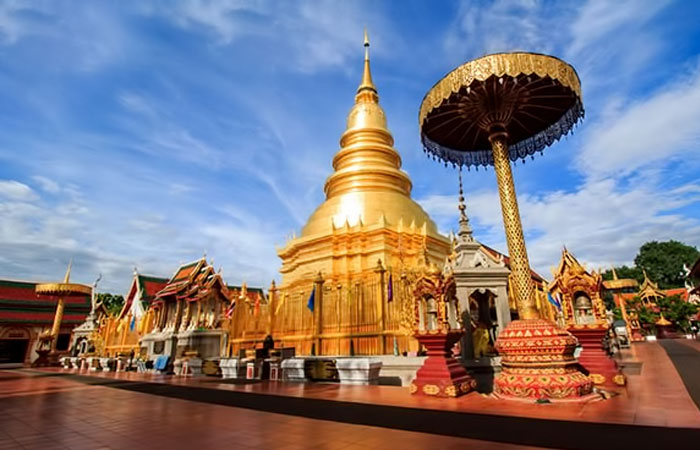 One of the smallest and most traditional of Thailand’s provincial capitals, Lamphun has no shopping malls or superstores, no ‘walking streets’, no tuk tuks, not even a cinema and barely a single building over four storeys. It also sees very few tourists. Yet this quiet backwater was once one of the region’s most important towns. A powerful Mon city state, formerly known as Haripunchai and established by a Queen Chama Devi in the seventh century, Lamphun was strategically placed between Bagan to the west, the Nanchao kingdom to the north and the Khmer dominated Mon states of central Thailand. Lamphun city has a Chama Devi road, temple, stupa, monument, restaurant; Chama Devi this, Chama Devi that, the woman’s ubiquitous. So who was she exactly? Well, a seventh century semi-legendary queen, and like many similar figures it’s impossible to say how much we think we know today is true. It begins with some odd stuff like being born in a lotus flower, and then she was adopted, raised and married off by the king of Lavo, a Mon city state (and modern Lopburi). For whatever reason, she left him and moved north with some followers to settle in the Ping valley.

The story gets a bit weird at this point as it involves a magical city, the virgin birth of twins, struggles with local Mon tribes and a run in with a local king whom she supposedly defeated by fashioning him a hat out of her underwear. But the queen found time to establish the city of Haripunchai and is considered today (at least by locals if not historians) to be responsible for the construction of the original city wall, moat and most of the old town’s Buddhist temples.

There is of course a monument to the lady, and while the Chama Thewi Monument is not exactly one of the town’s premier tourist spots, if you do want to pay respect to the lady this monument is set in a small park is located in the far southwest corner of the old town on the moat road. It’s probably more interesting to watch the devotes than look at the monument itself. It’s remarkable how much respect the queen still receives after some 1,400 years. Many religious sites from this period remain, so for history and temple buffs Lamphun is certainly worth a visit, but a word of warning: if you aren’t interested in temples, don’t bother because there’s frankly not much else to do. 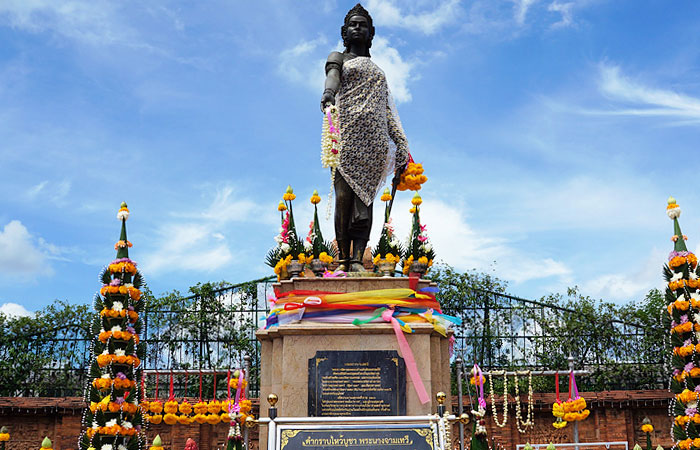