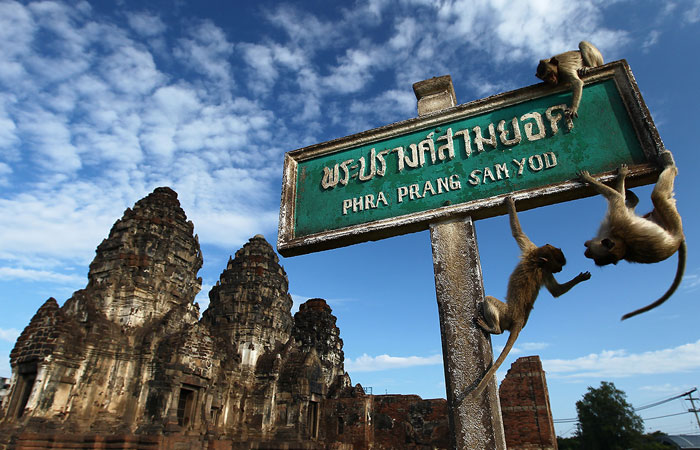 Temple ruins and mischievous monkeys are the headline attractions in laid-back Lopburi. They’re easy to see in a day-long visit before catching overnight transport up to Chiang Mai, but stay longer and you can venture out of the city for rock climbing, sunflower fields and bat caves. One of Thailand’s oldest cities, Lopburi developed during the Dvaravati period (6th to 10th centuries), when it was known as Lavo. What remains today is the architecture and artwork of the subsequent Khmer and Ayuthaya empires. King Narai (r 1657–88) made it a second capital and hosted many foreign dignitaries here. But it’s the furry modern-day residents that really define the city. Hundreds of monkeys live in and around two of the major ruins and most visitors, both Thai and foreign, come here specifically to experience the monkey mayhem. The fascinating city of Lop Buri is a unique blend of East and West, ancient and modern, royal splendor and majestic ruins, all of which offer tantalizing glimpses into the city’s alluring history.

Visitors arriving by road might be somewhat surprised to be greeted by a giant pink wedding cake ‘kratong’ that sits brashly in the middle of a pond at the town’s main roundabout. However, those arriving by rail are given a sneak preview of the history awaiting them in the shape of Wat Phra Sri Ratana Maha Tat, the 12th century ruins of a Khmer temple complex that lies close to the rustic, little railway station. The temple has several important prangs, parts of which date back to the 10th and 11th centuries and attest to the influence of the Angkorian Khmers in the region.

The town is also overrun with monkeys, most of which take up residence around the ruins where they are honored each year with an enormous feast. 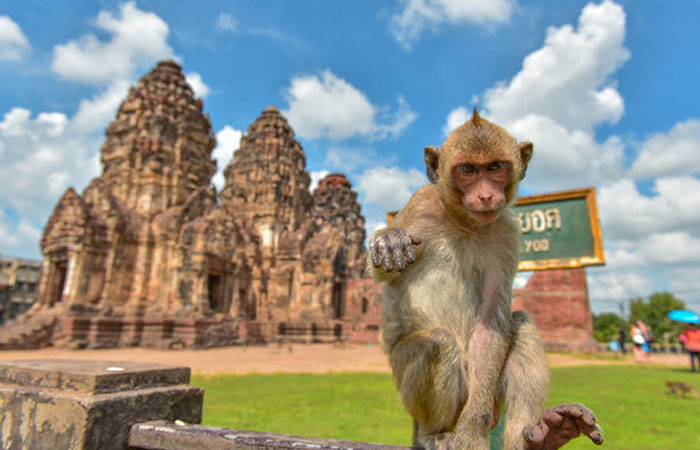