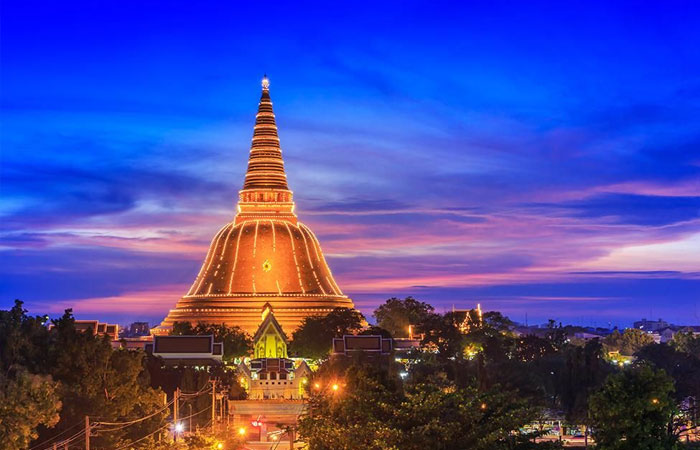 Nakhon Pathom is a province in Central Thailand, some 50 kilometers North West of Bangkok. The province’s capital city, also called Nakhon Pathom, is one of the oldest cities of Thailand. The city’s name in ancient Pali language means “first city”.

The city flourished during the Dvaravati era, that existed between the 6th and 13th century. During this time, Nakhon Pathom was located on the sea and through ships from foreign nations it was culturally influenced by a number of countries including India.

When the local river changed its flow local population moved further East to the town of Nakhon Chai Si and Nakhon Pathom town was left deserted. Only after the Phra Pathom chedi was restored by King Mongkut (Rama IV), the city became inhabited once again.

Agriculture still plays an important role in this province. It is especially known for its many fruit orchards, of which pomelo is the most famous.

The province’s main attraction and a very highly revered place for Buddhists is the Phra Pathom chedi, a massive 120 meters high chedi dating back some 2300 years. It is the largest Buddhist chedi in the world and probably the oldest Buddhist structure in the country. The Phra Pathom Chedi National Museum displays artifacts from the Dvaravati era dug out in the area, such as Buddha images, stuccos and stone carvings.

Just two kilometers from the chedi is the very elegant Sanam Chandra Palace. The Palace covering an area of more than 350 acres was built at the beginning of the 20th century by King Rama VI shows a mix of Thai and European architectural styles. The main building looks like an English or French castle, while a number of other buildings are built in typical Thai style. 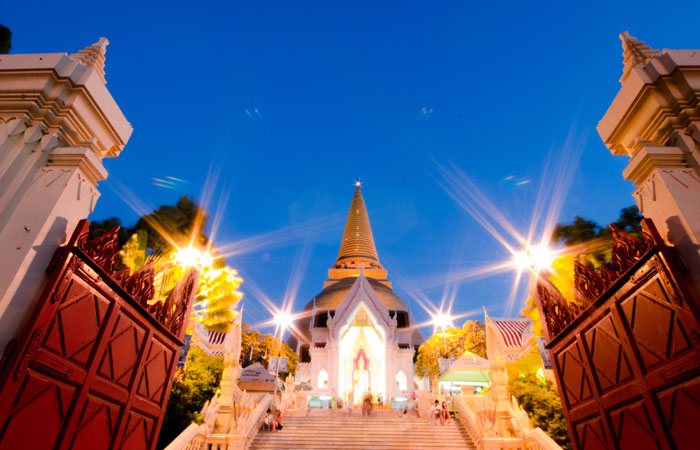 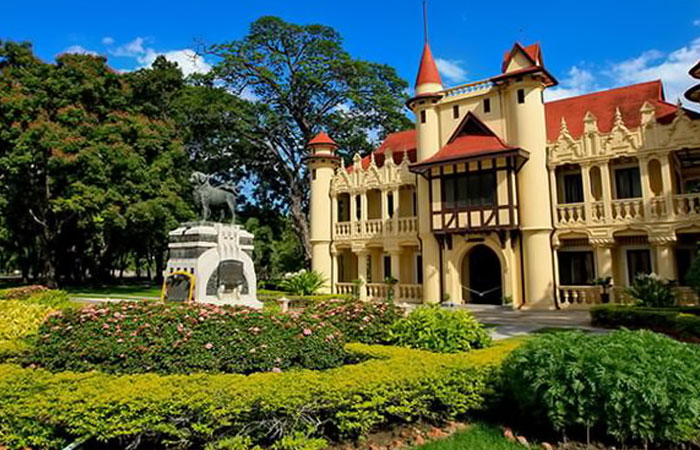