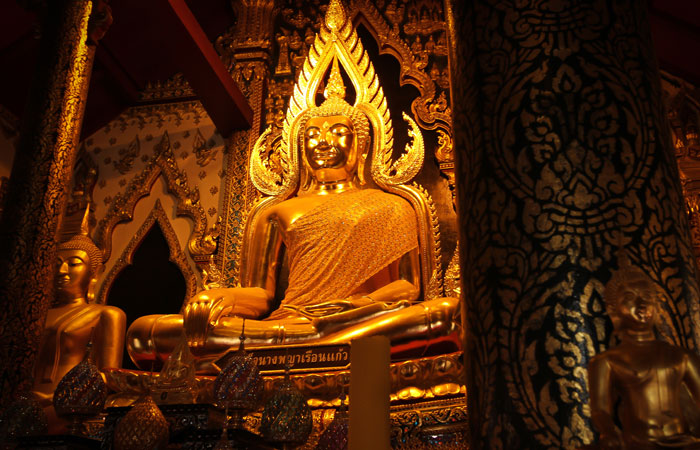 Phitsanulok is an important, historic city in lower northern Thailand and is the capital of Phitsanulok Province, which stretches all the way to the Laotian border. Phitsanulok is one of the oldest cities in Thailand, founded over 600 years ago.

Highlight is PHRA SI RATTANA MAHATHAT TEMPLE (WAT PHRA SI RATTANA MAHATHAT) PhraSiRattanaMathatTempleor locally known as Wat Yai is considered to be the most important temple in Phitsanulok. It was built in 1357 during the reign of Phra Maha Thamma Racha I ofSukhothaiKingdomto enshrine the famous Phra Buddha Chinnarat statue. Phra Buddha Chinnarat is a bronze-casted statue widely considered the most beautiful image of the Buddha inThailand. The statue’s unique feature is the halo that signifies the spiritual radiance of the Lord Buddha; it then becomes an influence to Buddha images in later years. The statue was coated in gold by King Ekatotsarot in 1931. Every year in January, there is a festival to celebrate Phra Buddha Chinnarat. Other interesting architecture details include the ordination hall’s doors, which were made in 1756 using wood and pearl inlaid crafted byAyutthaya’s royal craftsmen, and wall paintings depicting the life of the lord Buddha. There are three more attractions to admire: Phra Attharot standing Buddha statue, enshrined in front of the main pagoda, was casted in the same period as Phra Buddha Chinnarat; the 36-meter-high Phra Prang (pagoda) constructed using the early Ayutthaya style to enshrine the relic of the Lord Buddha; and a small museum exhibiting Buddha images of the Sukhothai and Ayutthaya era and other religious artifacts can be found within the vicinity. 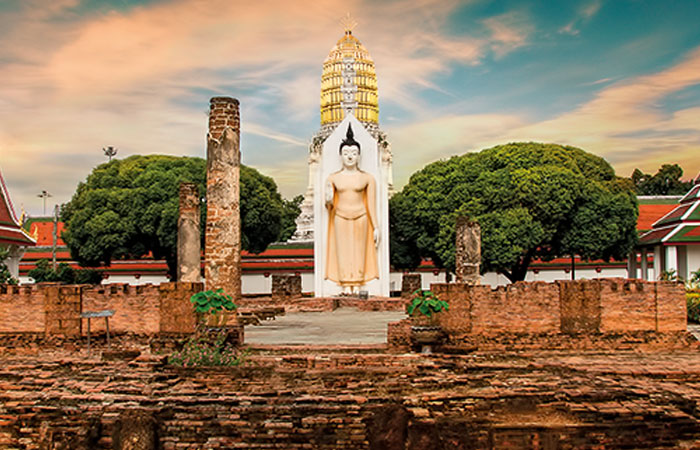