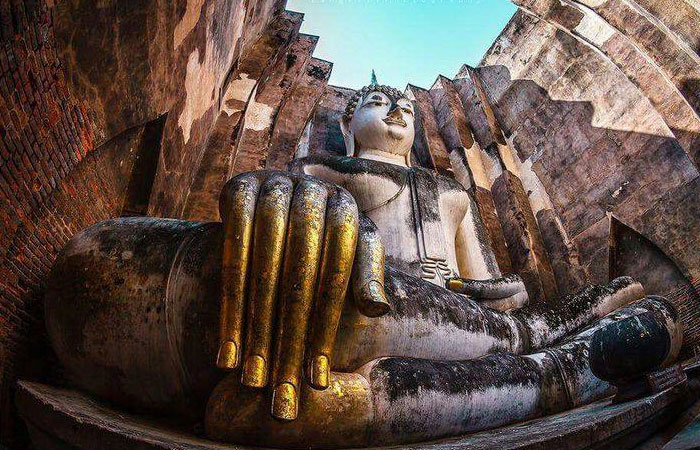 Sukhothai is a province in central Thailand, around 400 km north of Bangkok. The modern town of new Sukhothai is the capital of the province. The Sukhothai Historical Park, 12 km west of new Sukhothai, contains the partially restored 13th- and 14th-century palaces and temples of the Kingdom of Siam’s first capital within its walls. This classic ‘Sukhothai style’ of architecture left Thailand a lasting legacy. A visit to Sukhothai wouldn’t complete without a visit to the historical site of the ancient Sukhothai City, to discover the history of the former capital city of Siam. The 70-square-meter park houses remaining structures of what used to be palaces, temples and homes. If you don’t have the whole day to explore the area, don’t miss to gaze the beauty of main attractions such as Wat Mahathat and Wat Si Chum and imagine to its glory days.

Arriving in Sukhothai is like taking a journey back in time, since history continues to dominate the area. Twelve kilometres west of the new city, the Sukhothai Historical Park houses all the historical ruins dating back to the ancient Sukhothai Kingdom (1238 – 1438). Divided into five zones, the park contains more than 190 ruins, all spread across its 70sqkm area. The central zone – the most visited – is the site of the royal palace (now collapsed) and the spiritual centre, Wat Mahathat. Also worth a visit, if you have time, is the Si Satchanalai Historical Park located about 60km north of Sukhothai Historical Park. It houses a number of important historical sites, such as Wat Chang Lom and Wat Nang Phaya. This was the birthplace of the beautiful glazed ceramic ware called ‘sangkhalok’ – a predecessor of celadon. 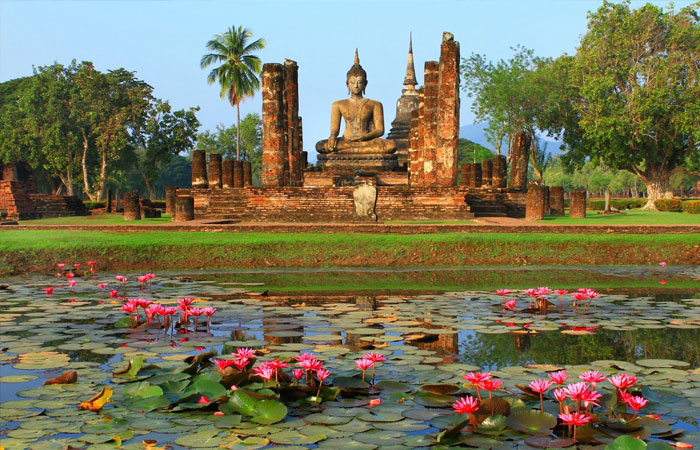